Does NAD+ Really Work? Why This Coenzyme Could be Key to Anti-Aging 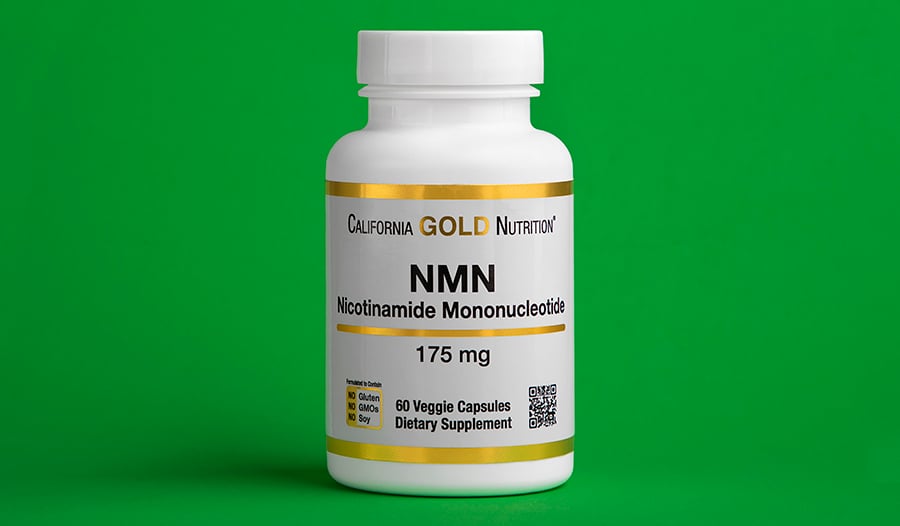 NAD+ is involved in many cellular processes including energy production, cellular repair, and optimizing overall cellular function. Since NAD+ levels drop with aging even with adequate niacin or niacinamide intake, restoring depleted NAD+ levels is emerging as part of an anti-aging as well as a cellular health-promoting strategy.1,2

‌‌‌‌What is The Function of NAD+?

The + in NAD+ represents the NAD molecule is positively charged because it contains a positively charged hydrogen proton without an electron. In some chemical reactions, NAD+ can accept a negatively charged hydrogen that contains two electrons to form NADH. Just like a coin has two sides, NAD+ and NADH are known as a “redox couple,” a term that is used to describe two forms of the same molecule that either gain or lose electrons. Redox reactions involve the gaining or loss of electrons. In this reaction of NAD+ to NADH, the net gain was one negatively charged electron to neutralize the positive charge of NAD+. Since NADH does not have a charge, it does not have the + sign. It is uncharged but still important.

NAD+ is Critical for Energy Production

Both NAD+ and NADH are critical for our cell to function properly. They are required for energy production. They are also required to convert molecules into their active forms. For example, coenzyme Q10 is one of the most crucial cellular antioxidants and is also vital in the production of cellular energy within the mitochondria. After CoQ10 does its job, it is changed from its active form (ubiquinol) to its inactive form (ubiquinone). To regenerate CoQ10 to its active form NADH gives one hydrogen and one electron ubiquinone to form ubiquinol. An oxygen molecule picks up the extra electron and the NADH is then converted back to NAD+.

The reactions that NAD+ is involved with are different from NADH. The cell needs them both because NADH can’t do what NAD+ can do and vice versa. Cells need both NAD+ and NADH to make cellular energy as well as build or repair molecules including DNA, cell membranes, proteins, and hormones.

The Difference between NAD+ and NADH

NAD+ and NADH act on different molecules. NAD+ is specifically important in enabling a number of specialized compounds that regulate cellular function to do their job. For example, NAD+ is critical to the proper functioning of sirtuins. Without NAD+, these cellular proteins are not activated to fight cellular aging and regulate inflammation. NAD+ activated sirtuins also promote proper metabolism including blood sugar control and body weight.5

Another big anti-aging effect of NAD+ is that it slows down the genetic clock ticking away within each cell. This clock determines when old age sets in and involves the length of telomeres as a signal. Telomeres are the end-cap segments of DNA (our genetic material). The shorter the telomere gets, the more it affects gene expression. The result is cellular aging. NAD+ is one of the key compounds that fights against telomere shortening.1,2,5

‌‌‌‌Consequences of Aging and Lower Levels of NAD+

NAD+ is a very important cellular molecule. One of the reasons cells start to lose proper functioning with aging is that NAD+ levels tend to decline the older we get. As a result, low levels of NAD+ may lead to:1,2,5

The big reason why NAD+ levels decline with aging is chronic inflammation. The term inflammaging has been used to signify the detrimental effect that chronic, low-grade inflammation has on accelerating aging.

One of the consequences of inflammaging is a drop in NAD+. Inflammation causes an increase in a cellular enzyme called CD38. This enzyme degrades NAD+ and, in fact, its precursors as well.6,7 Fortunately, plant polyphenols like resveratrol, quercetin, luteolin, and possibly others can reduce the activity of CD38.8,9

Another factor that is important in maintaining NAD+ levels is restoring NAD+ from NADH when it accepts an electron. A specific enzyme known as NQO1 is able to restore NAD+. The importance of this conversion is obvious as the NQO1 gene has been referred to as the “longevity gene.”

Too little NQO1 is associated with impaired detoxification, lower energy levels, and altered cellular function. NQO1 works with NADH, converting CoQ10 from its inactive form (ubiquinone) to its active form (ubiquinol) and in the process also produces NAD+. NQO1 is also important in activating vitamin K to allow it to function in blood clotting, bone health, and other functions.

An important goal to anti-aging is increasing the expression of this NQO1 gene. This goal can be accomplished by inducing a protein known as Nrf2 and reduced by another known BET proteins. Again, this goal is accomplished by polyphenols, especially resveratrol. And since resveratrol can directly increase the activity of NQO1 as well as increase Nrf2 and reduce BET proteins along with CD38 and inflammation there is considerable reason to use resveratrol along with NAD+ precursors to boost NAD+ levels.5,10,11

In addition, resveratrol exerts its own direct actions as well as boosting the anti-aging effects of sirtuins. Clinical studies show resveratrol may help fight inflammaging and boost mental function.12,13 The usual dosage of resveratrol is 500 to 1,000 mg per day.

Given the importance of NAD+ to proper cellular function and fighting the aging process, strategies to boost NAD+ via supplementation with either nicotinamide mononucleotide (NMN) and nicotinamide riboside (NR) are gaining popularity.

Both of these enhanced forms of vitamin B3 have been shown to effectively boost NAD+ levels and maintain those levels with continued use. In fact, NR and NMN are referred to as NAD+ boosters in the medical literature since they increase NAD+ levels so effectively.

Many preclinical studies show that NR and NMN can improve various classic hallmark features of cellular aging.3,4 The growing scientific research, currently over 100 studies, has led to great enthusiasm for the possible antiaging effects of NMN and NR. These are in the process of being verified in human clinical trials. Currently, there are more than 40 human clinical trials in process with either NMN or NR to evaluate its many health benefits including the improved function of the brain, cardiovascular system, and metabolism. So, there is going to be a lot more data soon. What data does exist is already quite encouraging.

‌‌‌‌Which to Use? NMN or NR?

Most of the existing clinical human data has utilized nicotinamide riboside (NR), with a focus on its effects on cognitive function, mood, metabolism, oxidative stress, vascular health, liver health, and blood sugar control. A total of nine human clinical trials with NR have all shown it to raise NAD+ levels, but overall the results in improving various health challenges have not yielded consistent results.3

The most consistent findings with NR are on improving brain function and promoting vascular health. Many experts, most notably Dr. David Sinclair of Harvard, feel that nicotinamide mononucleotide (NMN) is the best NAD+ booster and he personally takes 1,000 mg daily (as well as 1,000 mg of resveratrol). There is a lot of reasons to believe that NMN will show better clinical results than NR.14

While both NR and NMN raise NAD+ there are some proposed advantages to NMN.14-16 Because NMN is one step closer to the manufacture of NAD+ and a specific transporter has been identified that feeds NMN directly into cells, it may be better utilized than NR. In contrast, though some oral NR is delivered to tissues without change, it now appears that much of the NR that is ingested is broken down to regular niacinamide. That may be a problem as it leads to some feedback mechanisms that impair NAD+ and niacinamide is a potent inhibitor of sirtuin activity.17,18

This conversion of much of orally ingested NR into niacinamide may be another reason to explain why research in animals shows NMN produces stronger and a broader range of beneficial effects than NR. For example, in a study in mice, NMN demonstrated a broad range of improvements in age-associated physiological decline. The mice were given NMN for over a year and improvements were found in mitochondrial and metabolic functioning, insulin sensitivity and lipid metabolism, bone density, vision, and immune function.19 The mice that were given NMN also had increases in endurance and physical capacity by up to 80%. These effects have not been produced by NR.

In mouse models of brain aging, both NMN and NR have been shown to reduce the accumulation of beta-amyloid, a key compound that leads to impaired brain function.20,21 NR has an apparent advantage here as it was also shown to improve cognition.21

Along with Dr. David Sinclair of Harvard, another leading researcher on NMN is Dr. Shin-ichiro Imai at Washington University School of Medicine in St. Louis, MO. His research in mice indicated NMN produces definite effects in slowing signs of aging as well as boosting energy and metabolism. According to Dr. Imai, if these results in mice translate to humans they indicate supplementation with NMN may significantly improve a person’s biological age, the age at which the body is functioning as reflected in the measurement of various biomarkers.

Generally, the dosage for nicotinamide mononucleotide (NMN) being studied is 250 to 500 mg per day, while nicotinamide riboside (NR) is given at a dosage of 1,000 mg per day. These dosage levels have been shown to be well-tolerated and without side effects or drug interaction.16,22

Previous Article
Why Marine Collagen May Be A Better Option For You
Next Article
What Does The Research Say About Omega-3 Fatty Acids and Heart Disease? 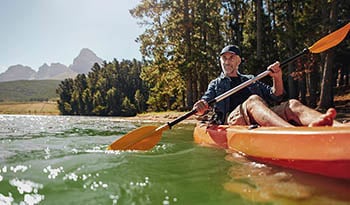 The Health Benefits of Niacin (Vitamin B3)

62,366 Views
Vitamin B3 can be found in two different forms—the first is niacin (also known nicotinic acid), and the second is niacinamide (also known as nicotinamide). In either form, vitamin B3 is a precursor to nicotinamide adenine dinucleotide (NAD), which plays a vital role in helping mitochondria—the cell’s powerhouse—to create energy. 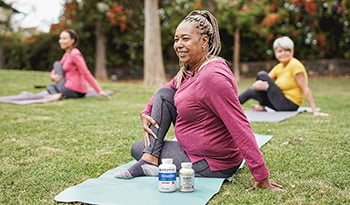 21,193 Views
Aging affects the whole body, from the suppleness of the skin and flexibility of the joints to eyesight and metabolism. Read more about 5 powerful anti-aging supplements. 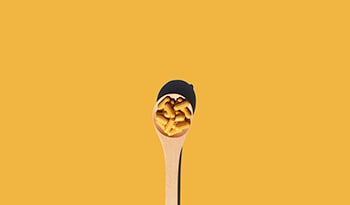 46,411 Views
Curcumin is one of the most studied natural compounds investigated for health benefits including antioxidant, anti-inflammatory, and joint health benefits.